Oscar night this year’s sent more than a few reeling to the sound of one hand slapping. Still, the jig’s not up, and there’s plenty of celebrating now all across the SnyderVerse.

ET reports: “And the Academy Award for Fan-Favorite goes to... Army of the Dead. The Zack Snyder-directed zombie action movie made history after becoming the first to win the inaugural award at the 2022 Academy Awards Sunday night.”

For this, the 94th awards ceremony presented by the Academy of Motion Picture Arts and Sciences, fan-voting’s opened avenues for popular favorites – and receiving 2022’s new honorifics, from A to Z, is Hollywood Director+ Zack Snyder. Auteur Snyder’s team, featuring Producers Deborah Snyder & Wesley Coller, (plus plenty more in their extended family of creators), is supported by a legion of fans.

Twitter votes tallied for the Academy came from locations disparate as Smallville, Sin City aka Lost Vegas and Earth’s greatest metropolises. There’s speculation some arrived via flaming arrow from Themyscira. It’s possible, even, that residents of Apokolips, connecting through “Boom Tube”, contributed to the ground-swell enabling Zack Snyder to claim film-side’s great prize.

Make that prizes, plural. Benefitting from a mass of thumbs-up, (attached, and/or unattached to the rest of the Academy’s voting body), the zombie-heist smash “Army of the Dead”, was recognized Sunday night as “Oscars Fan Favorite”. And the Snyder-helmed epic, “Zack Snyder’s Justice League”, took home the “Oscars Cheer Moment” award for its exhilarating “Flash time-traveling at the speed of force” scene – a stand-up-and-cheer experience for audiences of the mythic adventure film.

Musician Allison Crowe, winging her way to/fro the constellation Corvus, is delighted and humbled to be part of both these films which fans so celebrated at this year’s Oscars. 💖

Buoyed by such inspiration, we bring hands together for Zack Snyder & The Stone Quarry family e’er pushing the envelope, please. 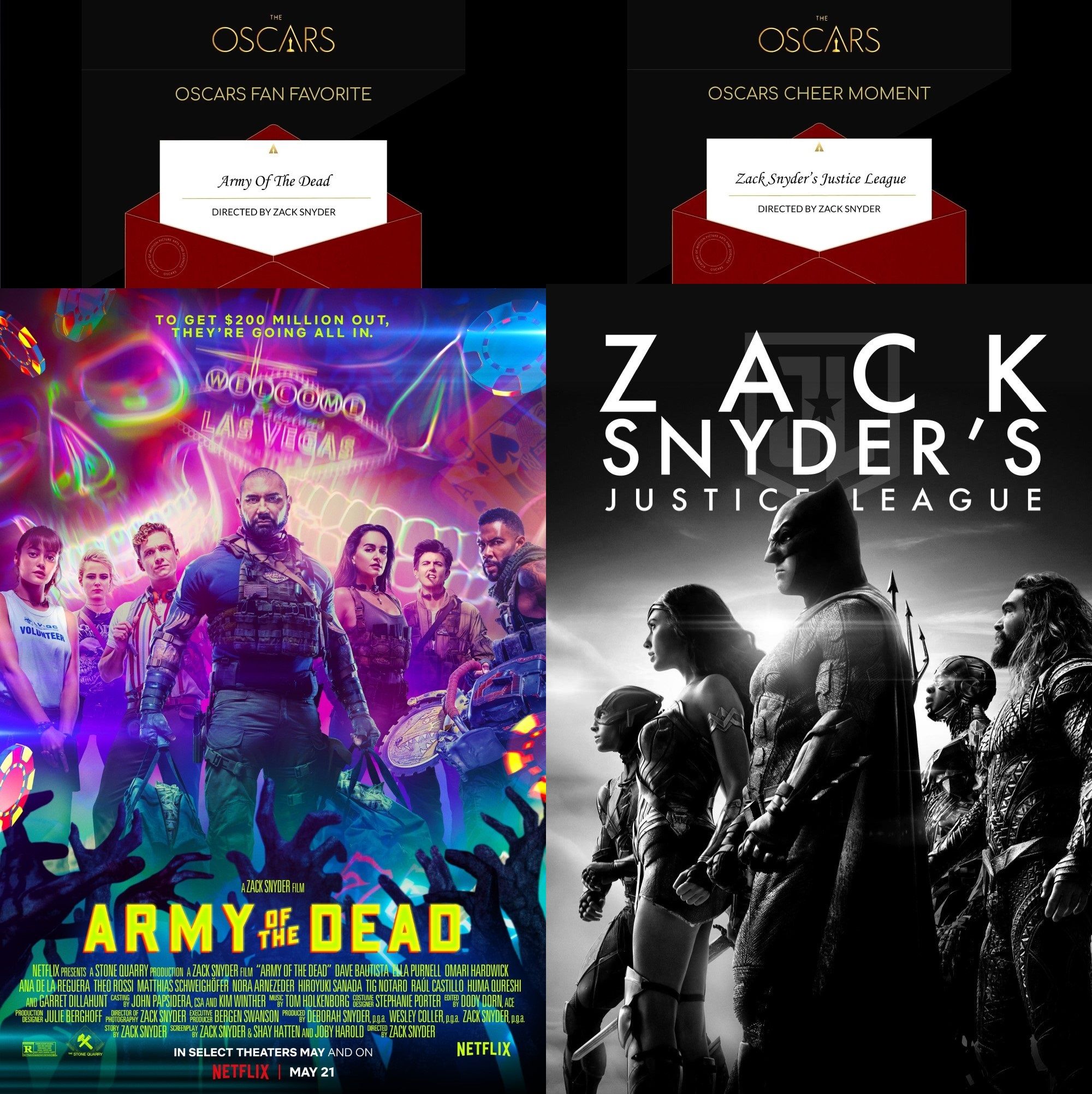