“As a young indigenous woman, the knowledge that indigenous women are going missing and being murdered at such a disproportionate rate shocks and disturbs me. This issue is very important to me and I want the chance to make a difference,” says Sadie. “The goal of this event is to bring awareness to the indigenous women who have gone missing or been murdered, to honour their spirits in a celebration of song, and to raise money to support the families of missing and murdered indigenous women.”

The ACC notes tomorrow’s Sold-Out event is inspired by “Sarah McLachlan’s famous Lilith Fair tour. Featuring some of Western Newfoundland’s finest female musicians performing a variety of their own music, as well as some well-known favourites.” 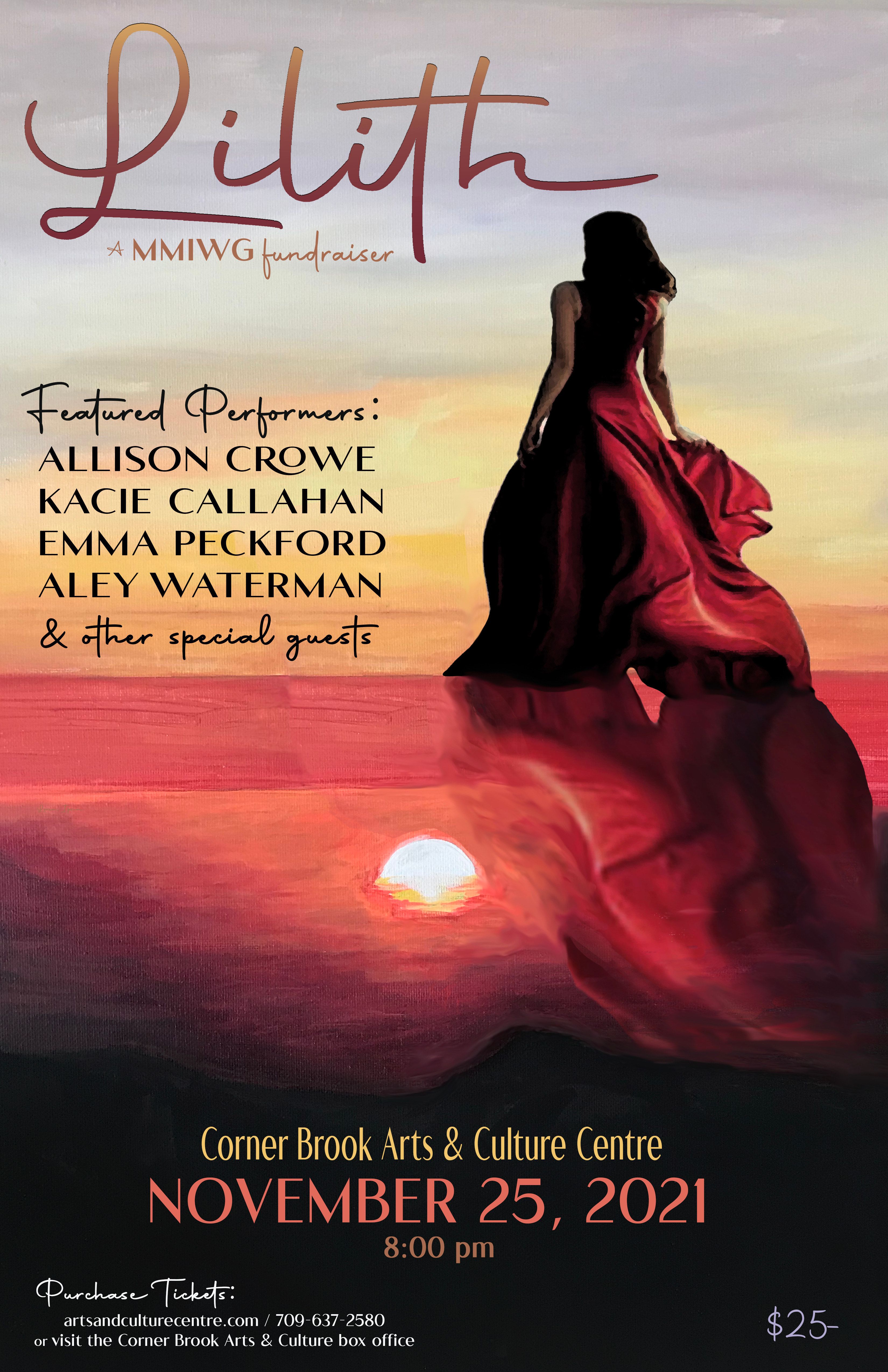